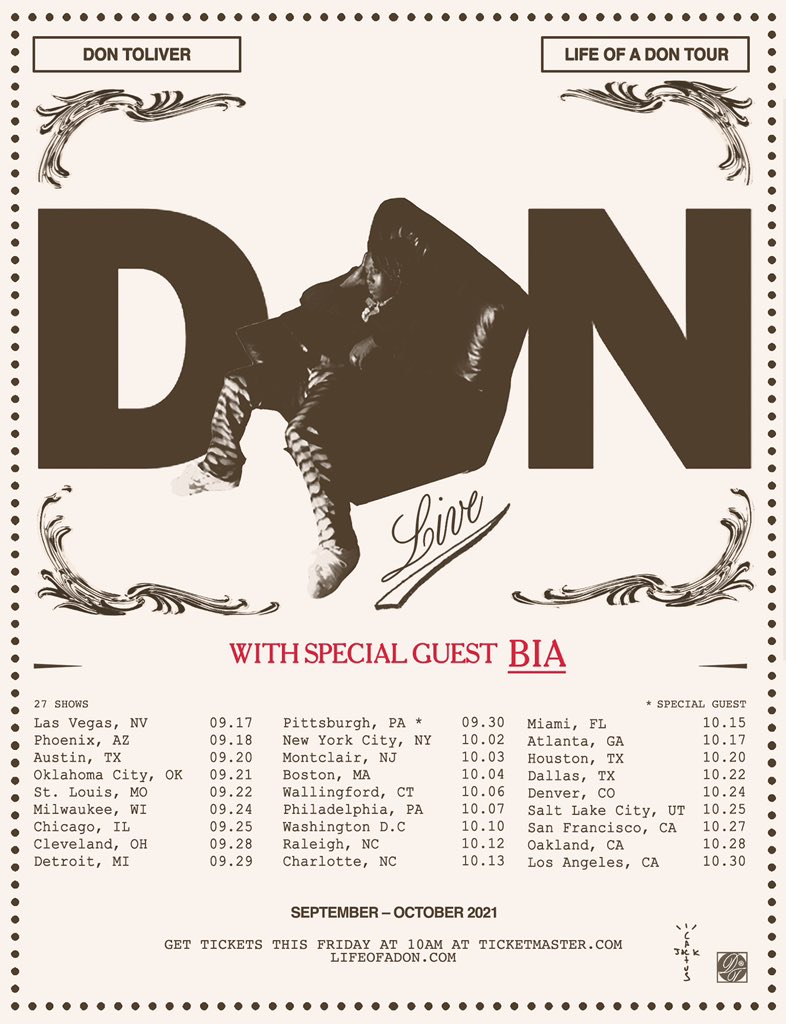 Don Toliver took to Instagram on Monday to announce he will be taking his show on the road this fall. Toliver announced the dates of the 17-city tour, which is set to begin September 20th in Austin, Texas and go through October 30th where it will conclude in Los Angeles. Tickets will go on sale this Friday at Lifeofadon.com. The 27-year-old rapper also announced Bia will join him on tour as the opener.

Toliver was one of the biggest breakout hip-hop actors of 2020. Since dropping his debut album ‘Heaven or Hell’ in April 2020, Toliver carried that momentum into this year behind one-off singles like ‘What You Need’, Internet Money’s ‘His & Hers‘, ‘Won’t Stop’. and ‘Drugs N Hella Melodies’. Most recently, Toliver teamed up with Justin Bieber and Skrillex for ‘Don’t Go‘.

Life Of A Don Tour Dates